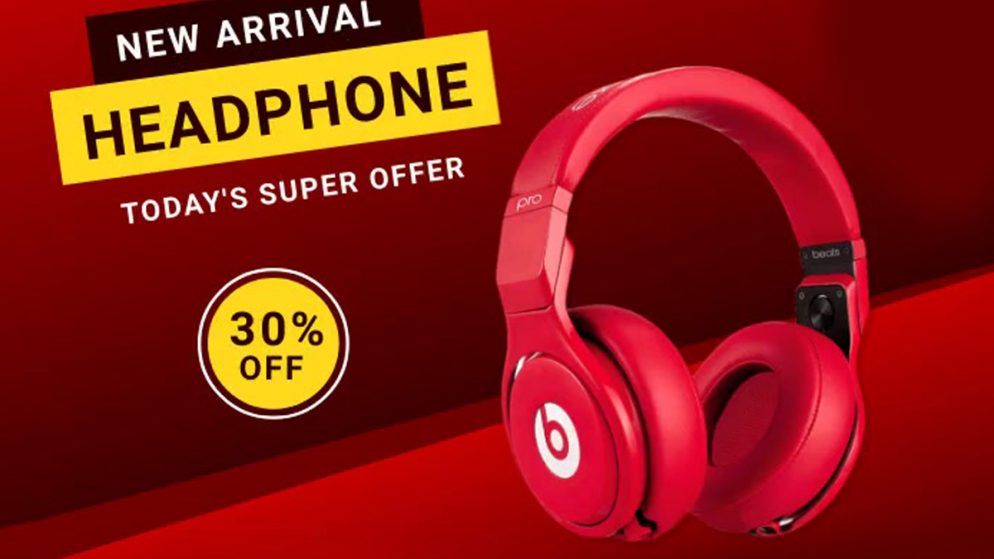 I will start with a little background story. Let’s go back about 5 years to 2016 and I had been well entrenched to the planar sound. I enjoyed a Hifiman HE560 and messing around with a couple Fostex T50RP MK3 headphones with various mods and custom cup designs.

I was looking for something to use at work and on-the-go and around this time period, two portable planar headphones hit the market. These two: The Audeze Sine and the Oppo PM-3 were the smallest planars available at the time, and probably still are today, outside the in-ear variety.

After lots of reading and a quick demo session of the two at my local audio shop, I bought the Audeze Sine and have loved it ever since for its sleek design, portability, and quality sound. It did have some issues with fitment, as they were designed as on-ears, but could work as over-ears for the smaller ears that I have. Okay, so where am I headed with this?

Well, for the longest time, I wanted to get an Oppo PM-3 because they had a slightly bigger over-ear design than the Sine but still maintained portability. But then, Oppo decided to close up their AV lineup a few years ago and their headphones went extinct with it. So I never really did get an opportunity to try one out, though occasionally they do show up on the used market.

Fast-forward to present day, and Drop decided to launch a new portable bluetooth planar headphone using the Oppo driver design and look and partnered with THX to design the amp circuitry for it. This is the Panda, and this is what I’ll discuss today.

My anticipation for this headphone was pretty large when I first heard the announcement, but as more information trickled out, my interest started to wane.

And then delays occurred and then finally reviews and lukewarm impressions popped up. Some folks raved about it and some really disliked it. I didn’t know who to really believe and to be honest, I never did read any reviews of the Panda still to this day.

I’ve only heard discussions about it, which again, are all over the place depending on who you talk to and what their background is.

Our friend at Headphones.com and The Headphones Show, Andrew Park aka Resolve, recently reviewed this Drop product and wanted to “share the love” and send it down to me to take a chance to hear this and do a review of it.

I was looking very forward to this since I had recently re-acquired a new Audeze Sine and finally get to do a long-term personal listening of these two units. And off we go!

The packaging comes in a black box with a nice presentation. There’s a hard fabric case that comes with the unit and to my surprise A LOT OF CABLES. For being marketed as a wireless headphone, this one has more cables than any wired headphone I’ve ever bought. It came with a couple USB-C cables, a 3.5mm to 3.5mm cable, a headset cable, and headset splitter, and an extension cord.

The unit has a toggle button and USB-C connector on the right ear cup, and the headphone cable jack on the left cup. Pairing was relatively easy as I turned on pairing mode and Windows 10 immediately discovered it. I did have a slightly more difficult time with my Samsung Galaxy S21 phone, but it was able to find it after I turned off and turned back on bluetooth on both devices.

There is no app to control or play around with the sound profiles at this time, though Drop has promised recently a new firmware update and a partnership with SonarWorks for a Panda app that will allow for EQ and customization. We shall see!

The ear cups fit over my ears comfortable and seal off very well. The headband is a bit hard and the padding is rather thin. It has less padding than the Audeze Sine and Sennheiser HD600, but isn’t terribly uncomfortable after I got used to it, though there is a hard hot spot right in the center of the head when using it.

Luckily the cups do have a swivel-action yoke which makes it fit pretty nicely to contours of your face, and it generally feels well-built. The front of the cups are very plain-jane and all black and works well for not being an attention-grabber for on-the-go. It looks relatively sleek and simple, though I prefer the stylings of the Audeze Sine more.

I started off listening to the Panda with a mix of bluegrass, jazz, and orchestral music. Unfortunately, it didn’t seem to check the boxes very well. The Panda has a warm, kind-of-gooey sound to it with a hazy-ish mid-range and a relaxed treble with some veil. There’s a rather large lack of air and treble extension as well, but there’s a small bit of zing occasionally.

It sounds rather mediocre for all the excitement I had for it. When I listened to the Royal Stockholm Symphony play EST’s Wonderland Suite in all its glory, it felt a tad dead, instead of alive and massive.

There were parts in the song, such as the looping beat at around 8 minutes that is almost totally absent from the mix. It’s barely there and it sounds completely smothered by the rest of the song. When I first heard it, three times in a row, I literally thought it was totally gone, but little remnants of it were kind of there, going in and out and with a total lack of resolution and bite.

Wired Performance versus the Audeze Sine 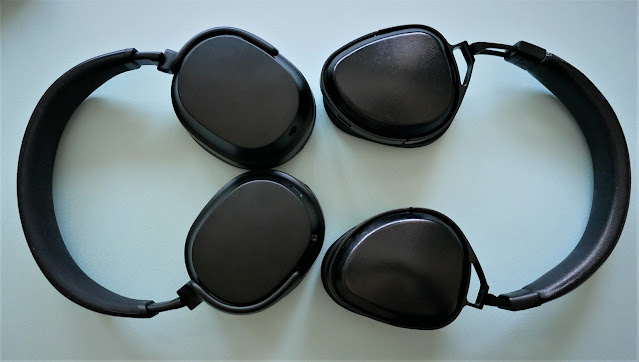 I then pulled out the Audeze Sine to compare. It was a night and day difference. The Sine sounds much like what I would expect a planar magnetic driver should sound like. Fast, quick transients, and an attack with good resolution and speed.

In comparison, the Panda is one of the slowest planars I’ve ever heard. Maybe slower than the T50RP and my Unique Melody ME1 custom IEM. It’s slow; slower than the Sennheiser HD600 in it’s transient attack.

Drums and busy sections of this song (like around 10 minutes) sound disjointed and incoherent, with a blunted smeared sound that reminds me more of a headphone I would find at Best Buy or Target than one I found from an audiophile website. And mind you, this is with it plugged directly into my Audiolab 6000A amplifier, not via bluetooth, where I could give it a little bit of a pardon. 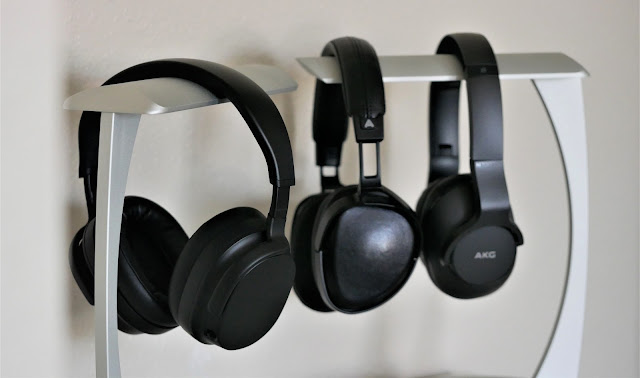 As I listened to more songs in the acoustical genres, I found myself wishing there was more air and feeling a sense of closed-in claustrophobia at times. Certain instruments like violins and snares and cymbal attacks lacked definition and sounded rounded off and just losing their upper harmonics. They felt overly muted and dull.

Switching gears to rock and pop songs, the Panda sounds a little better. The low end is boosted with a playful gain that should please electronic and rock tracks with more pleasure. Chvrches’ “Leave a Trace” had a filled-in bass section that sounded more present and boomy than the Sine and HD600.

While definition was of lesser quality, for that particular song, it wasn’t as big of an issue. Lauren Mayberry’s vocals did sound a little boring though. It sounded like she was singing with a bag over her face at times, and that’s probably due to general veil I found on this headphone.

When comparing this to other bluetooth headphones, it is a little more competent. 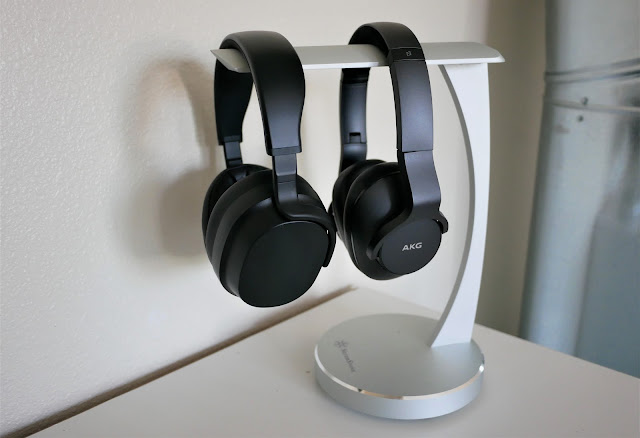 I did have some trouble with dropped or random pausing in my music while using it with my Samsung Galaxy S21 phone, which was not a problem with my Galaxy Buds Pro, AKG N700NC MK2, or the B&O H95.

The bluetooth controls are a simple miniature d-pad/stick on the right cup which can control forward/back skipping, volume, and play/pause. In general, quality and tonality were similar to wired performance in my listening via LDAC. I did not try other bluetooth codecs. I first compared it to the ultra-luxury Bang & Olufsen H95 bluetooth active-noise canceling headphones that retail for $900 USD. These are one of the most over-priced headphones I’ve ever tried, and can’t compete with the Panda in terms of tonal balance nor technical performance.

The H95 is a bloated, muddy mess, that is also not really that comfortable either. It’s got build quality down though, and beats the Panda in quality of craftsmanship and overall aesthetics.

The Panda was more succinct in its presentation and resolution, and despite being a bit muddy itself, didn’t resemble the messy low-mids that the H95 exhibits. The $400 Panda tops the $900 H95, though I’m not so sure that really means that the $400 Panda is a $900 headphone. It just means the H95 is vastly overpriced. This headphone features a tonal balance signature that greatly resembles the Harman research consumer preference target that has become quite popular in recent years, while also featuring bluetooth and noise canceling features.

The N700NC M2 paints a much clearer picture than the Panda in general. It has a much more defined upper-mid range which can be occasionally too forward and harsh even when not comparing it directly to Panda.

The subbass is more boosted as well. This gives the N700NC M2 greater rumble, almost too much. The Panda has more mid-bass though, and this leads to a little more muddiness, but seems more controlled in it’s bass presentation in general, though the N700NC M2 hits faster and harder.

I think the N700NC M2 squeaks out the Panda in it’s resolution despite using a lesser quality bluetooth codec, though my preferences may come into play with the N700NC M2 having more upper-mids and treble that make those areas more forward.

For my preferences, I’ll take the N700NC M2, but something in-between the two units would be ideal. The Drop THX Panda is an interesting new bluetooth product that I strongly welcome, however, I am a bit disappointed in its actual performance overall.

I had a little bit of trouble with connectivity drops and also just overall lackluster performance for a product that uses planar magnetic driver technology and claims to be an audiophile product. It’s performance is not much better than normal headphones you can find in any store in my opinion, and in some cases, I prefer those more.

I unfortunately did not get to review them side-by-side with some of my previously owned bluetooth gear, most notably, the Audeze Mobius (or the newer Penrose) but despite its average tonal balance, I don’t remember being so disappointed in the Mobius as I am with the Drop Panda.

Its still a decent headphone with stealthy looks, but I personally would spend my money elsewhere. 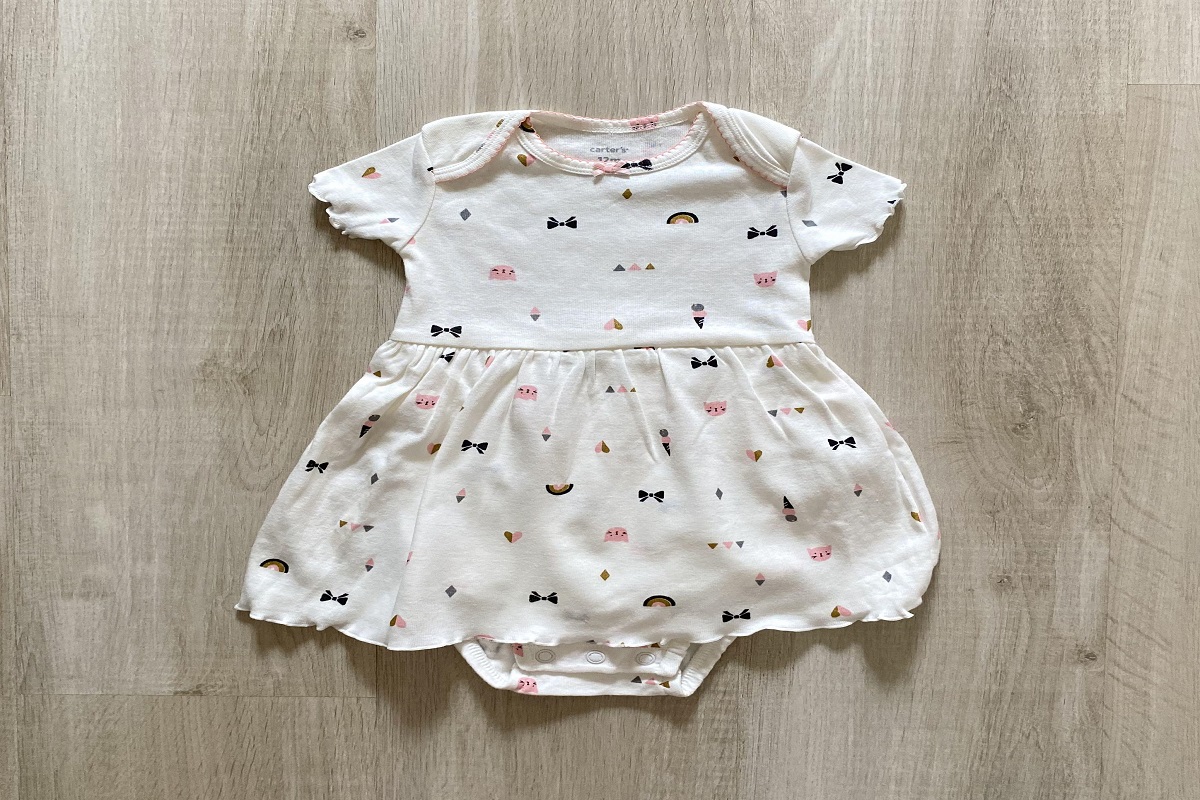 Technology
How to conduct workshops online and monetize it?
November 28, 2022
0 16